This programme follows the attempt made to drive the 'Flying Scotsman' directly from London's King's Cross to Edinburgh's Waverley station without stopping, just as it was done 40 years ago. There is some spectacular aerial photography of the train en route and we meet the engine's owner, Alan Pegler, and some travellers and well wishers along the way. One of the passengers, a rather famous vicar and train enthusiast, explains how he first came to write stories about engines for his sick little boy, who insisted they were all given names. 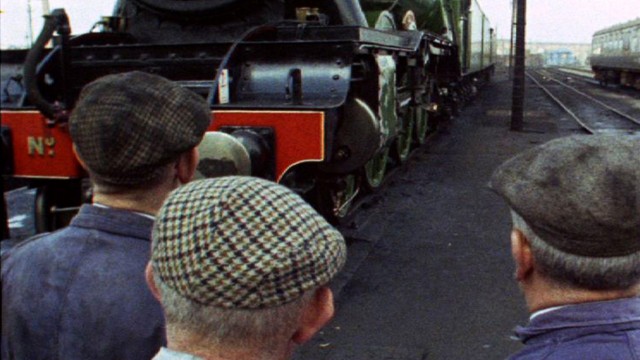