Sins of the Fathers

Pamela defends Bobby against Cliff's accusations. Ray dislikes Cliff Barnes and defends Jock's memory in the face of Cliff and Jamie's lawsuit. Pam has a fight with Bobby over who was behind her pointless Caribbean trip. J.R. wants to see Mandy more often. Cliff and Jamie get a temporary injunction against Ewing Oil but the victory is very short-lived. Cliff denies his involvement in Pam's search for Mark in the Caribbean. Mandy leaves Cliff. Jenna Wade's case is not getting any stronger before the trial and she fears she may go to prison. J.R. and Ray locate the roughneck from the old picture. Lucy and Eddie's construction project starts. The roughneck comes up with shocking evidence concerning Jock, Digger and Jason, and the Ewings are stunned. 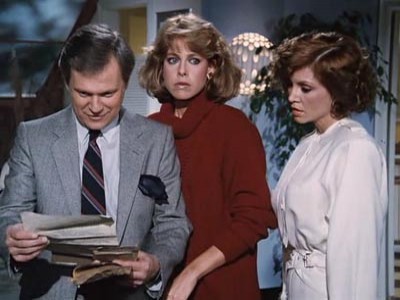