John Ross recovers after the surgery. Miss Ellie tells J.R. he should show Cliff the new evidence in the lawsuit. Police question the suspect in Jenna's case. J.R. asks Cliff to drop the lawsuit. Bobby and Pam vow love for one another. Ray gets excited about nailing Cliff in court and Donna doesn't like it. Donna conceals her pregnancy from Ray. The suspect confesses to having murdered Marchetta. Mitch asks Lucy to move in with him. The Ewings win the case against Cliff and Jamie. J.R. promises Mandy Winger to put Sue Ellen away into "the hands of professional medical help." Jenna is released and the Ewings throw a big victory party. 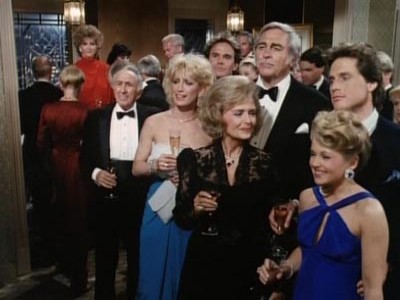