Joan's procrastination puts her job in jeopardy when she doesn't act quickly enough toward securing donations for a charity auction, which she has agreed to arrange for her boss. She turns to Toni to use her connections to the area's finer merchants to bring in an item that can help Joan meet the auction's $60,000 goal. However, Toni forgets to help Joan because she is obsessed with tracking down her ""best friend,"" supermodel Beverly Johnson (with whom she has never actually had any contact). Joan launches into a verbal tirade about Toni, which she overhears. Toni accuses her friends of being ""jealous, ugly bitches"" and continues on her quest to meet Beverly Johnson. She eventually meets Beverly, who is perplexed by her claims that they are soulmates and mistakes Toni for a schizophrenic. Toni reluctantly sees a therapist, where she initially raves about her life, but soon breaks down and admits that she fears no one would miss her if she died. Meanwhile, William seeks revenge a 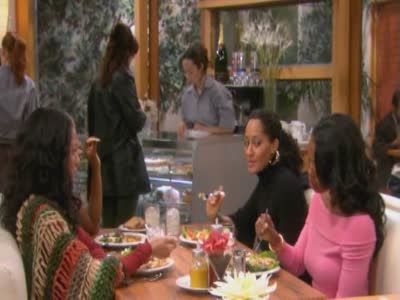