Carter buries himself in his work to take his mind of his troubles, coming under fire from Weaver and Kovac when he defies ER policy and performs an ICU procedure himself. Luka, meanwhile, has his own problems when Benton confronts him about poor patient follow-up. He also attempts to romance Carol, who is distracted from her work by the arrival of a birthday present from Doug. Chen lobbies Romano to do genetic testing on all newborns and is forced to blackmail him into signing a petition for it. Corday tries to help an anorexic girl determined to leave the hospital. Malucci discovers that an accident victim has been sexually abusing his six-year-old daughter. David Greene dies in his sleep, but not before giving Corday his late wife's pearl necklace and telling his son he is proud of him. 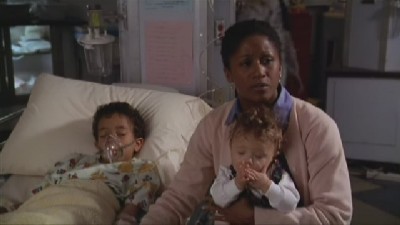