Bring Me the Hand That Hit Me

A rather dimwitted garage worker and his criminal buddy steal $700,000 from a Mafioso who launders his money through the garage which he owns. The garage worker's sister is concerned that her brother is going to blow it: he doesn't seem to realize that quitting the day after you rob your boss and going crazy spending the money on coll stuff is a bad thing. She contacts Ray, who pretends to be another dimwitted crook and tries to get the two criminals out of trouble. The brother's buddy tries to double-cross them, and eventually despite Ray's best efforts to work things out, the sister is killed by the Mafioso Godfather. Her brother is left to mourn, as Ray warns him that he'll have to repay the favor his sister owed him. 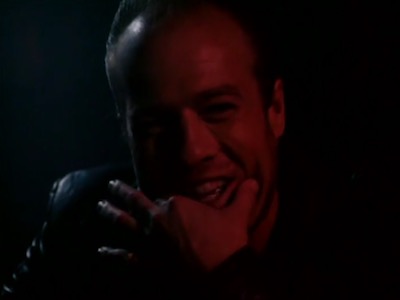