Rancher George Devon is found murdered. Devon was a rich man, and his nephews Donald and David (who are identical twins) stand to inherit his fortune. They become the prime suspects, as one of them was seen at the scene of the crime just before Devon's body was found. But Sheriff Milt Singleton faces the problem that no-one can tell the twins apart, and both of them seem to have water-tight alibis. 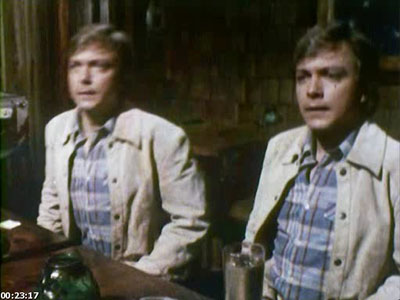