Cleveland takes the entire family to a comic convention in an attempt to sell his comic book, “Waderman.” While there, Donna is horrified to find out that Robert Rodriguez is screening a Blaxploitation film that she starred in when she was younger. Meanwhile, Cleveland Jr., tired of Comic-Con being a playground for Hollywood to peddle their projects, gathers a band of geeks together to take the Con back to its true origins. 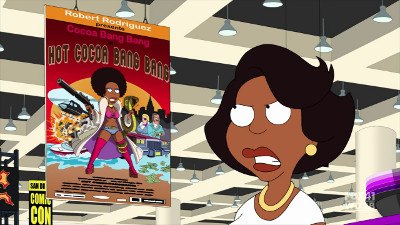