For the first time since leaving Fallin & Assoc., Nick Fallin goes head to head with his father, Burton Fallin, in a corporate father and son case. A case turned over to Nick by William McGee of Kirk & McGee has Nick representing Harry Sloan, a father wanting to sell his company to his son, Carter Sloan. Burton is representing Carter. As the case progresses and the pressure builds, Nick falls back into some old habits that violates his parole and could cost him his job. At Legal Services, Alvin Masterson confronts the one person who changed the direction of his life forever. Edith Russo, a client from long ago, resurfaces in a child custody case. Alvin represented Edith many years ago and fought to help her keep her children, only to have one of those children die due to her negligence. Now, one of Edith's children is fighting to keep her son from being placed with Edith. Meanwhile, a new Legal Services associate, Lulu Archer is also faced with a difficult case with which she has an emotional attachment, as she finds a baby in a dumpster. 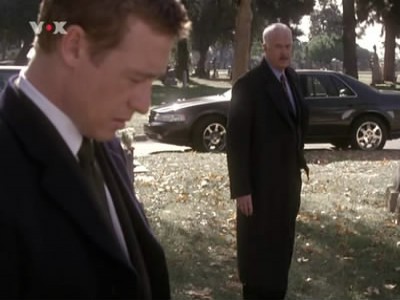