With an astonishing 5,000 years of history, China is one of the world’s great civilizations, as well as a burgeoning superpower on the world stage. For a major portion of its existence—until as recently as the early 20th century—China was an empire, one of the greatest and most powerful the world has ever known. Here, then, is a brilliant and riveting alternate look at history, and a course unlike any other you’ll find on China. Understanding Imperial China: Dynasties, Life, and Culture takes you to the heart of life during China’s imperial dynasties, revealing the empire’s historical unfolding through the lives of individual people of all walks of life, spanning the centuries from the empire’s founding in 221 BCE to its dissolution in 1912. The inspired and detailed presentation of Professor Andrew R. Wilson of the U.S. Naval War College is vivid cultural history at its most compelling and insightful. 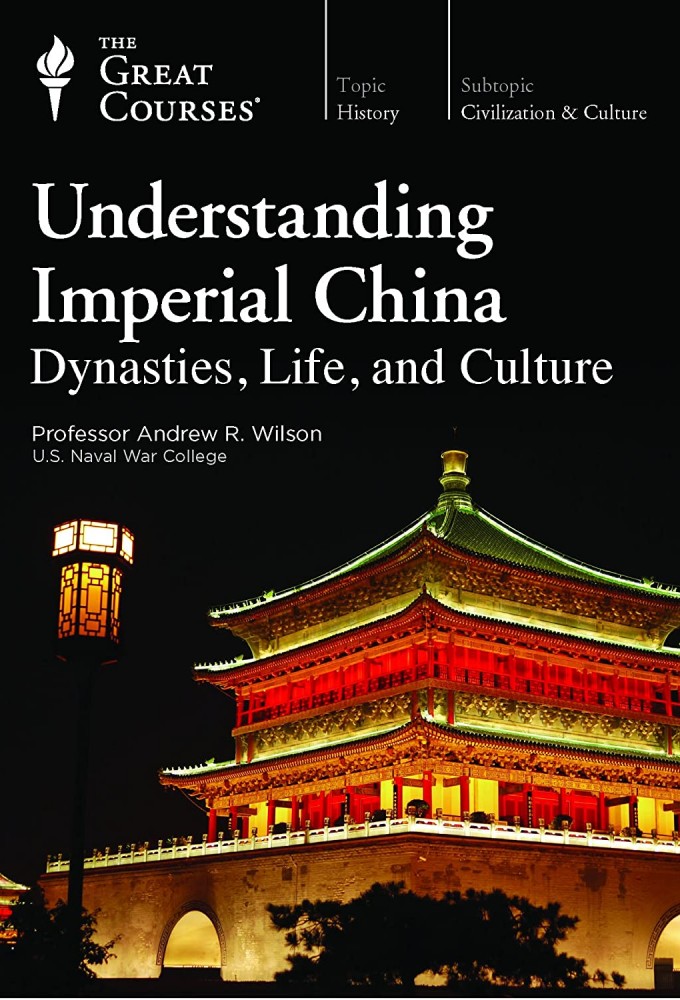