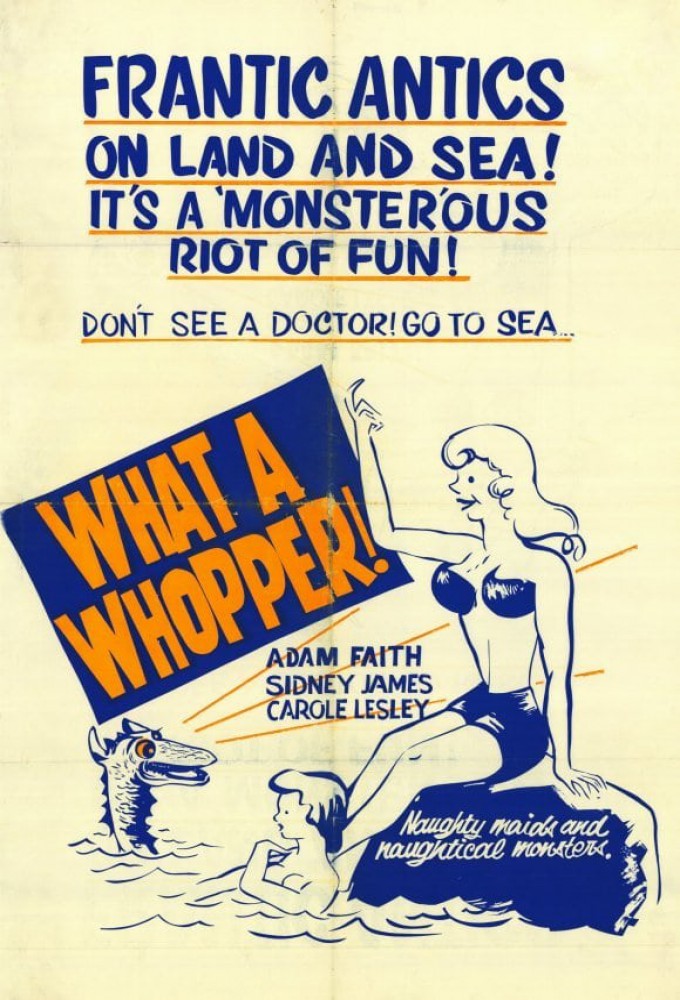 Struggling young writer Tony Blake (Adam Faith) is served an eviction notice by Mr Slate (Clive Dunn) from his rented room in a Chelsea house shared with other artistic types including abstract "flicking" painter Arnold (Charles Hawtrey). Tony hatches a plan to drum up interest in his rejected book on the Loch Ness Monster by faking a sighting of the creature. He and his friend Vernon (Terence Longdon), who makes electronic music, construct a phony monster, which they photograph in the Serpentine, startling a tramp (Spike Milligan). The two friends and Vernon's ditzy girlfriend Charlotte 'Charlie' Pinner (Carole Lesley) decide to visit Scotland to further their ruse. Driving in a second-hand Rolls Royce hearse, they pick up a young French hitchhiker Marie (Marie-France) along the way. They are pursued by Charlie's dipsomaniac father (Freddie Frinton). Tony and his friends arrive at a Loch Ness inn, whose landlord Harry Sutton (Sid James) is trying to conceal dozens of poached salmon from two local policemen (Gordon Rollings and Terry Scott). Tony befriends the local postman (Wilfred Brambell) and other locals, who become more convinced the monster is real when they hear a monstrous roar from a speaker secretly installed by Vernon. The next day, the inn is swarming with people, but their enthusiasm wanes when Tony is unable to produce a promised photo of the monster. He and his friends make another phony monster to photograph, only discover the locals have made their own monsters. Vernon and Charlie decide to get married, while Marie falls for Tony, and the poached salmon are inadvertently loaded into a police car. The film ends with Tony and Marie attempting to escape an angry mob by rowing across the loch, only for the real monster to appear.

END_OF_DOCUMENT_TOKEN_TO_BE_REPLACED 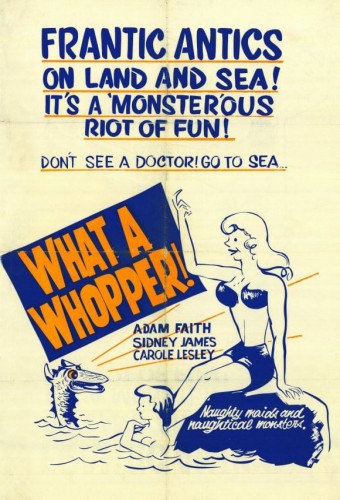 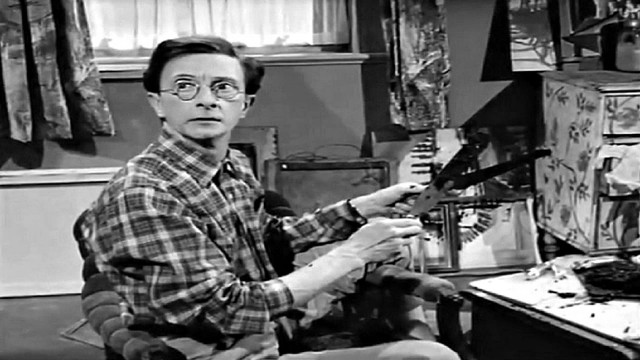