He's stumbled into the backyard, bleeding heavily from a single stab wound to the chest. Within hours, Peter Franklin was dead, and his wife, Sandra, was charged with his murder. "I am absolutely not a murderer," Sandra tells "48 Hours Mystery" correspondent Peter Van Sant. "There isn't a day that goes by that I don't cry… I still love my husband…" But what could have brought a loving relationship to this? Sandra and Peter's love affair had started nine years earlier. "He was just a - a fantastic figure of a man to me," she says. After several failed relationships, they both felt they'd finally met the love of their lives. 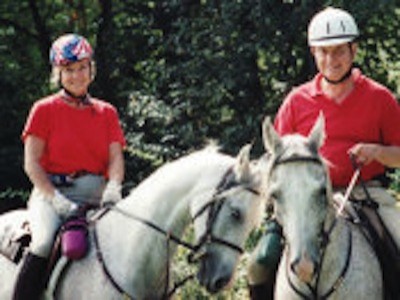