The Writing on the Wall

On the morning of May 5, 2009, Christopher Coleman called his neighbor, police detective Justin Barlow, and asked him to check on his wife, Sheri, and their two young sons, Gavin and Garett, after his own calls had gone unanswered. For months, Coleman, head of security for well-known televangelist Joyce Meyer, had been receiving explicit death threats regarding his involvement in Meyer’s ministry. What Barlow discovered upon entering the Coleman home through an unlocked basement would send shockwaves through the small town of Columbia, Ill. Inside the home police found spray-painted messages on the walls, with the phrases “You have paid” and “Punished.” Upstairs police discovered the bodies of Sheri, 31, Garett, 11, and Gavin, 9. Police thought the threats and the writing on the wall would be key in discovering who killed Coleman’s family. Two weeks after the murders police had enough evidence to charge Coleman. Coleman insisted the murders were committed by whoever had sent him the threats. Jurors on the case tell Maher about a crucial piece of evidence they discovered during deliberations, which they say solidified for them any question of who the killer was. Maureen Maher reports, 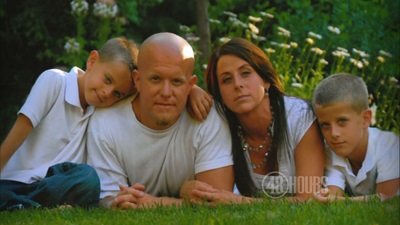