Moataz Azzeh, a decorated former U.S. Army soldier who pretended to take on a hit job for two Houston area doctors in a murder-for-hire plot speaks out about the shocking case to 48 Hours. Valerie McDaniel, a veterinarian, and Leon Jacob, a surgeon, quickly fell in love and even talked of marriage. Jacob was an up-and-coming doctor with plenty of confidence. She was newly single after getting a divorce from her ex-husband Marion "Mack" McDaniel. But there were some problems. The McDaniels were in the midst of an ugly custody battle, while Leon Jacob was facing felony charges for stalking an ex-girlfriend. If found guilty on those charges, it could have upended his medical career. Houston Police say that's when Leon Jacob sought the help of someone he thought was a hit man to eliminate the problems. 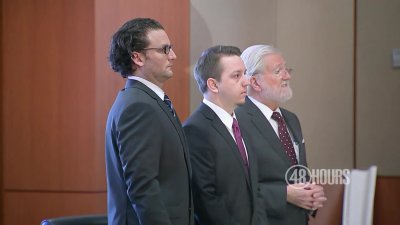