The guys head to Vermont, where marble was processed for the U.S. Supreme Court Building and the Jefferson Memorial. The owners of an abandoned marble factory and a hidden bomb shelter grant Jay access to the property. After finding a huge air raid siren, the guys hop on an elevator that sends them straight to the basement - and to the bomb shelter. There, they find collectibles, including White House blueprints. But Jays in for a shock of his own when Ricki surprises him on their anniversary. 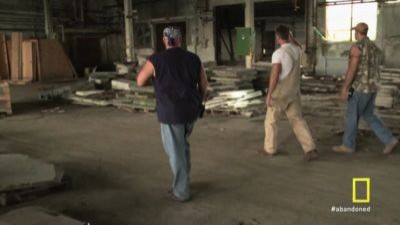