Meet Waldo… a CGI blue bear from a children's educational TV show who in reality is an anarchic character on a satirical late-night topical comedy show. Behind the scenes, Waldo is voiced and controlled by failed comedian Jamie Salter. When the channel decide they would like to give Waldo his own pilot, the production company enter him into a political race against one of his victims, Conservative Liam Monroe, for a stunt. Jamie isn't comfortable with politics - he just sees himself as a clown - but once the wheels start turning there's no stopping the thing. So what can Jamie do? 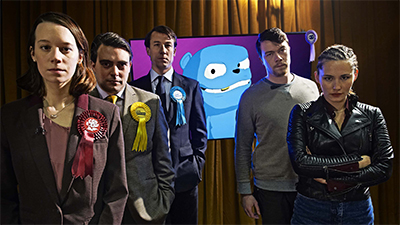