To dare is to do: sporting heroes and heroines whose encounters with body invaders lead to near fatal experiences. Diminutive, professional cyclist Azizul Awang, aka “the Pocket Rocket”, is on track to compete in the 2012 Olympics when he hits the deck at 70 kilometres per hour. A fifteen centimeter shard of Siberian pine enters his leg. He, his doctors and trainer are gripped in a desperate battle to save his cycling career. A young man goes for a relaxing after work surf in Auckland, New Zealand and ends up with thirty centimetres of fibre glass surf board embedded in his skull. Will doctors be able to save his life, or even his looks? Ben Czizlowski plays for the famous Australian rugby league club of the Wynnum Manly Seagulls One Saturday he has a clash with another player Within days he is suffering horrible mental and physical torment. It turns out that he has a human tooth festering away in his head. Former international skier, Gunter Stiessen, takes part in a friendly slalom race in his home town in Austria. To his horror he becomes the focus of dramatic rescue operation which leaves him fighting for his life on a freezing mountain. Who said exercise was good for you? 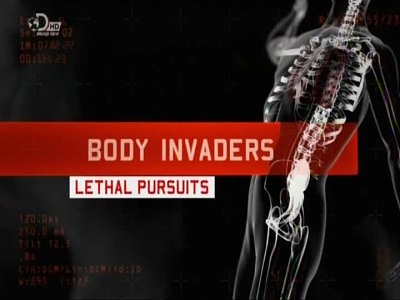