The Case of the Missing Screenplay

While attending a New York film society function, George introduces Jonathan to a filmmaker, who asks him to rewrite a screenplay. Later, he goes out with a party girl and leaves the script at her home, which happens to be a shrink's office. Jonathan asks Ray to pose as a patient to recover the script. Meanwhile, George encounters his ex-wife and her smug new husband. 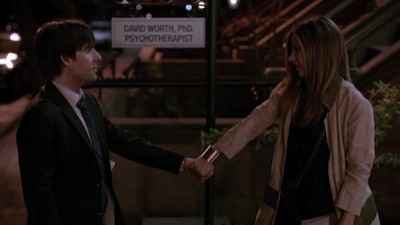