When Judge Weldon is charged with possession of an illegal substance, she turns to Alan for help, rekindling their romance. But Denny's attraction to her begins to upset Alan.Shirley and Claire defend a man who miraculously recovered from HIV, but whose blood was patented by the US government.Meanwhile, Clarence battles Jerry Espenson in a case involving a woman being kicked out of her sorority for being socially awkward, and Denise becomes upset when Brad wants to be married in his military attire. 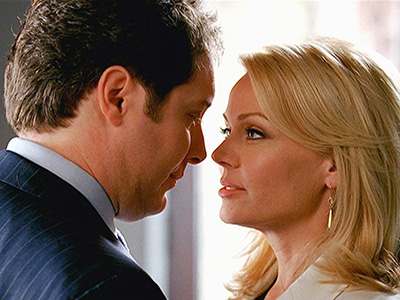