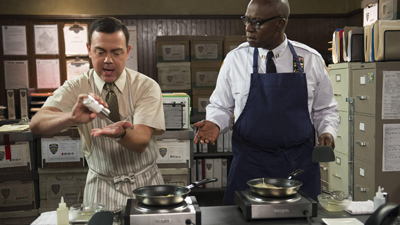 In an attempt to add a touch of romance to their work trip, Jake invites his girlfriend Sophia, as well as Amy’s boyfriend, Teddy, to join them at a B&B. Meanwhile, Rosa adamantly refuses to admit she is sick to Terry and Gina, and Charles is eager to help Holt with his anniversary breakfast.