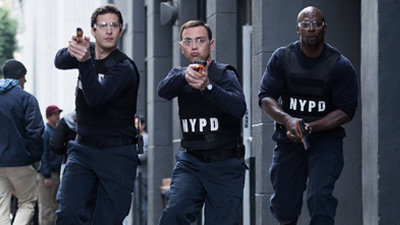 Jake is heartbroken over Sophia, but his spirits are lifted when the squad is invited to a Homeland Security terrorist training simulation. That is, until the agent in charge assigns them the lame role of playing hostages. Meanwhile, Gina administers a psychological exam to Holt, and Amy and Rosa compete for a day off from work.