In the Florida Keys, Ma-Ti has a brush with what he thinks is a giant man eating shark, though Gi reveals that it is a harmless Basking Shark. When a local overhears and misinterprets their conversation, panic spreads throughout the resort town, whose mayor then hires Argos Bleak to eradicate all the sharks in the bay. Then, when stinging jellyfish (that the sharks used to feed on) swarm the beach, the townspeople learn that predators have an important role in the ecosystem. After escaping their sinking EcoCopter that was shot down by Bleak, the other Planeteers rescue Gi and Ma-Ti (who were captured earlier by Bleak) . . . and the Basking Shark . . . from bloodthirsty Bleak. 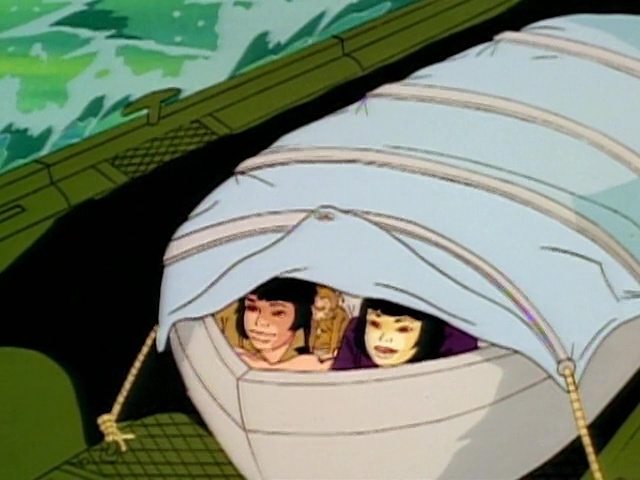