The Transfer Student Who Came in Late

As Kirishina company executives reacted and planned a response to news involving a hostage situation, another school day began for members of the A-TEC class, excited for a new transfer student coming in. Kaito Sera, the homeroom teacher for the class, raves to the academy president about their new prototype rocket, the X-2. Later in the day, it is revealed that the new transfer student is the hostage, and the class executes a rescue mission to the asteroid he is being held at using the X-2. The mission succeeds, with the rocket being destroyed in the process, and the transfer student reveals himself to be the Chief of the Advanced Technological Development Department, Nagisa Kiryu. 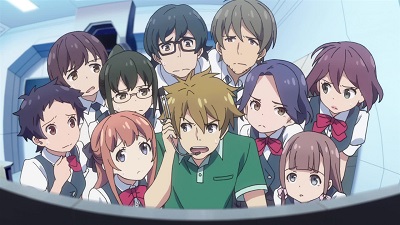