The Woman Came From the Accounting Department

Director Yuji Kiryu, Nagisa's brother, tells Nagisa that he has slashed A-TEC's budget by seventy percent, which Nagisa argues against. The students begin work on repairing the X-2 prototype. They then encounter Angelina rummaging through their office, and she interrogates and harasses them. Angelina later tells Kaito that she was summoned by Nagisa to reduce A-TEC's spending. She pressures Kaito into agreeing to the budget cuts, on the condition that she will not fire the students, and as a result, she moves their working space to an older, worn-down garage, angering the students. Nagisa discusses his secret plans with Angelina, and he realizes that Director Kiryu's seventy-percent budget slash was made up. 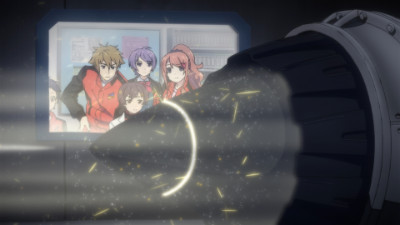