Nagisa rejects a request for additional funding, telling Kaito that with his back against a wall, he should become more innovative. Later, Nagisa fails the class exams, criticizing the subjects taught in the class. Nagisa fails the makeup exams that afternoon as well, and decides to stay afterwards to attempt to study. Mizuki comes to offer her assistance, while Kaito goes drinking with A-TEC's former chief. Both groups begin a conversation about Nagisa's upbringing. Nagisa is not truly a member of the main Kiryu family, and his brothers treat him terribly as a result. Nagisa is also the last living member of the Shinomiya family, which formed Kirishina alongside the Kiryu family, putting Nagisa in an interesting position in company politics. With the help of the entire A-TEC class, Nagisa passes the makeup exams. 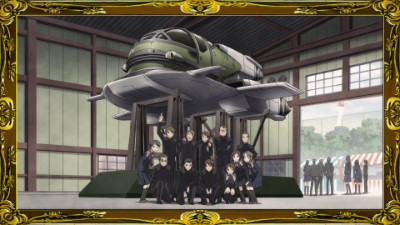