The first episode see Dalziel picking up his once sociable roots - and returning to Wetherton Rugby Football Club where he is still a member. But his visit is not sparked off by a desire to down a few friendly pints in the bar. Connon the club's star player - he was tipped to play for England before an ankle injury wrecked his chances - has returned home from Saturday's match dazed and confused after a deliberate blow on the head in the confusion of a scrum. Still groggy, he goes to lie down leaving his wife Mary watching television. Some time later when he descends the stairs he finds her sitting in exactly the same position. There is just one difference - a neat, round and lethal hole in her skull. Has Connon killed his wife suspecting that she had ben unfaithful? Or could someone at the club have it in for the rugby star and his family? 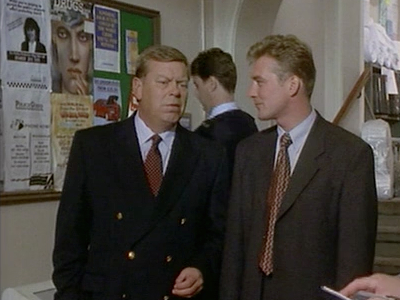