When Chuck returns to Chicago to get married, Gary recognizes Chuck's bride as Amber, a jewel thief. She is now calling herself Jade. Gary confides in Marissa who tells him that he must inform Chuck. Gary confronts Jade, who tells him that she truly loves Chuck and that she is really Jade. He decides not to tell Chuck what he knows. The next morning's paper says that a large diamond will be stolen from an auction. Gary and Marissa throw a private rehearsal dinner for Chuck and Jade to keep Jade there while the theft is suppossed to happen. Jade hires two female strippers to handcuff both Gary and Chuck. She then leaves and steals the diamond. When she returns to her apartment Gary confronts her. Jade tells Gary that she had to steal the diamond because it was once a national treasure of her country. Gary doesn't believe her story. He takes the diamond from her and puts it into the curator's mailbox with a letter warning them to tighten security. 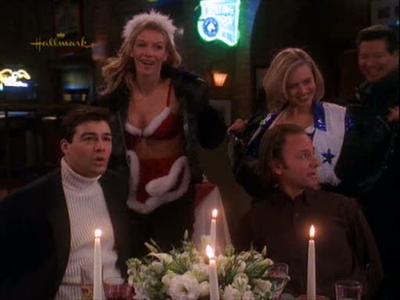