Carol's father returns from Florida in time for his birthday party, unaware that she's engaged. When she finally springs the news on him, he's hurt that she's marrying someone he's never even met. At his birthday party, he gives Carol and Dennis the cold shoulder and refuses to speak to her or accept her apology. When she goes to his house to explain, she is shocked to discover that her father remarried a year earlier without telling her. Carol goes ballistic until she finds out that her father may be sick. When she asks him, he denies it. Finally, he visits her and they talk about how they have tried to protect each other ever since her mother died. He finally admits that he's scared and asks Carol to come with him to his doctor's appointment, where they get good news. Warren freaks out about the unfairness of the SAT system and mounts a one-man protest he calls ""Pencils Down!"". After several fruitless attempts to be taken seriously and enroll anyone else in his boycott, he finally fa 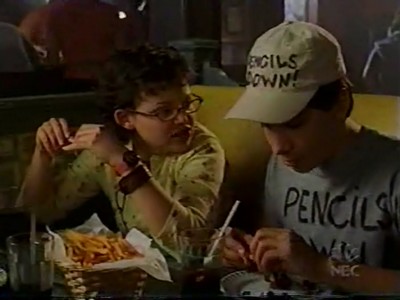