Richard picks up a '59 Chev Apache Shortbed truck in need of some Gas Monkey love. One of the monkey mechanics resigns so he can start his own business leaving Richard one man down at a time when he can't afford it. Richard finds a '64 Lincoln on the old "interweb" and does his shirt on the deal. The Gas Monkeys are invited to the biker build off against Paul Sr, Paul Jr and Jessie James. 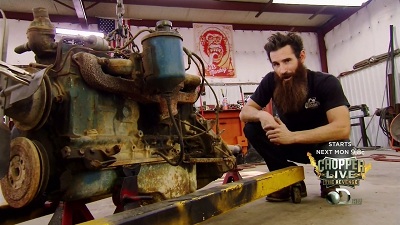