The King of Columbus Circle

What appears to be the dead body of an ordinary old man, turns out to be of royal lineage with an unusual connection to Henry. A familiar scar and radioactive poison point Henry and Jo to the man being an assassinated king in exile. Moreover, a half century earlier, Henry remembers performing an emergency, life-saving operation on a boy while on his honeymoon with Abigail. The boy turned out to be a prince of a tiny crumbling kingdom. Life came full circle as the boy grew up to be a king -- and now, the murder victim lying in Henry's morgue. The mystery deepens when other members of this royal family are poisoned and it is revealed that the king has an heir. Meanwhile, Abe continues to investigate his roots and discovers something amazing about his bloodline. 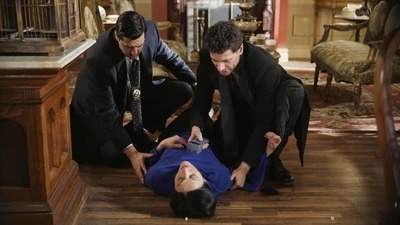