Joan finds herself in a bind when she is forced to agree to a dinner with both Ellis and Brock. She does not know how to handle the situation, although she insists that she is going to stay with Ellis. Joan winds up sharing a passionate kiss with Brock. Ellis nearly catches them in the act, and her friends witness the whole scene from the laundry room. Joan finally confesses her actions on the night of the play to Ellis. He is initially furious, but later visits her and lets her off the hook. They admit that they cared about each other, but were never really in love. Joan dashes off to give Brock a call. Meanwhile, William tries to cut a deal with Maya to get her to actually do her job, but she continues to outwit him. 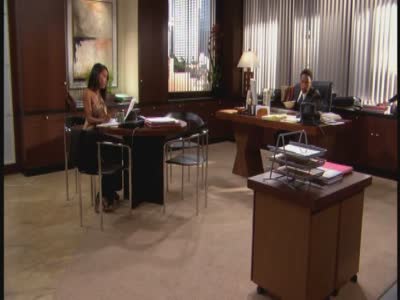