A Chip off the Ol' Milt

As the final episode begins, Mark, who has secretly begun attending law school, is offered a paralegal job by Kenneth Malcolm, one of his professors. Meanwhile, Hardcastle, realizing that Mark's parole is up, decides to buy a car repair business, as a surprise gift for his friend. Upon hearing about Mark's job offer, Hardcastle, not wanting to stand in his friend's way, lies and tells his friend that he bought the company for himself. For his first assignment at law firm Malcolm, Hughes and Dewitt, Mark is asked to reclaim the possessions of Elsey, a resident of the Sunset Acres Retirement Home. Arriving at the home, Mark makes the acquaintance of Mimi LeGrand, a retired actress. Immediately liking Mimi, Mark is more than willing to comply when the former actress asks him to open a bank account for her. To Mark's surprise, he discovers that someone has already opened an account in Mimi's name. Concerned, Mark decides to go to Hardcastle for help. Before the two men are able to really learn anything in the case, they end up in jail as a result of a mistake made by Leroy, Hardcastle's assistant at the car company. While awaiting their release, Hardcastle decides to tell his friend the truth about why he bought the company. In response, Mark reveals that he has been going to law school in an attempt to follow in his friend's footsteps. Once released, Hardcastle and McCormick discover evidence that Malcolm and resident home manager Leonard Porter have been killing the residents and stealing their money. (They were able to move the money by secretly creating bank accounts in the seniors' names.) Armed with sufficient evidence, the crime fighting duo stop Malcolm and Porter. Despite the fall of his professor, Mark vows to continue attending law school. After selling the car business, Hardcastle makes a generous bet with Mark: If the ex-race car driver can beat him in a game of basketball, the judge will pay the law school bill. Due in the most part to Hardcastle's generos 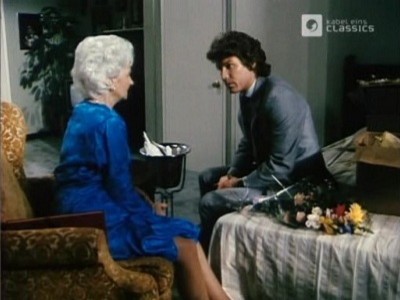