James tries to make a garden entirely out of Plasticine and then enter it at the Chelsea Flower Show. He persuades thousands of members of the British public to help make the thousands of Plasticine flowers he needs, but will it be enough to persuade the guardians of the world's most prestigious horticultural event to let him make a garden with no real flowers in it? While visiting celebrities like Stephen Fry and Joanna Lumley are clearly impressed with James's creation, the RHS judges take a dimmer view, forcing James to defy tradition and take matters into his own hands. 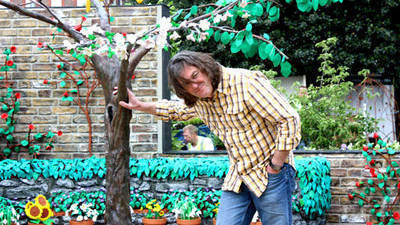