Mrs Reed, Jane's aunt requests Jane to return to see her as she is dying. Once there Jane discovers that an unknown uncle had offered to look after her, but she forgives her aunt. After the funeral she returns to Thornfield Hall. There staff still expect the wedding to take place between Blanche and Rochester. Rochester and Jane go for a walk and finally she admits that she cares for him. He also loves her and proposes marriage. Two days before the wedding, Jane has a terrible nightmare and is sure that someone has been in her room. Rochester says it was a dream, but her veil had been torn in two. At the wedding itself a lawyer arrives to declare that Rochester is already married. Her name is Bertha, and it is she who resides in the North Tower. 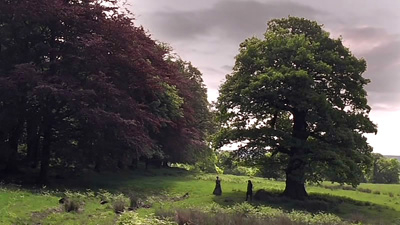