Shock to the System

John is hit by lightning on his chest-brand and can see in color — going to see a fresh body, John realizes he's also lost access to his vast supply of knowledge and all the physical talents it provided. It's not a good time as a killer strikes, leaving a kidney from his victim with the promise of more to come. The killer strikes again with two killings as John tries to come to terms with his newfound ignorance and the loss of his money when he can't call the shots for his broker. John is bitter and reluctant to admit his newfound loss to anyone, and a disappointed killer threatens to come after him. It turns out that two women, sisters, are working as the killers and lure John into a trap — fortunately John figured the killer(s) were women and he'd be targeted and the police have him wired and are watching. While pursuing one of the killers John is hit with electricity again and is back to being color-blind and super-smart. 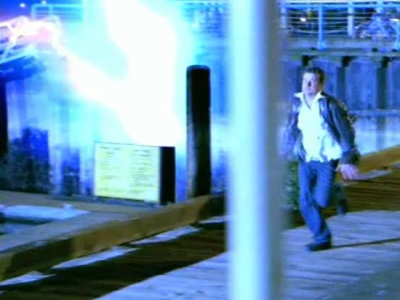