The series won't be returning in the fall, but tonight NBC unreels two first-run episodes that showcase the sly repartee and gleeful double entendre that became the show's hallmark. First up, hairstyling once again occupies Vicki (Rena Sofer), who's "dyeing" to give Blush the brush; Nina takes under her wing the female impersonator who's portraying her in a cabaret show; and Dennis rides roughshod over his new assistant---Elliott. 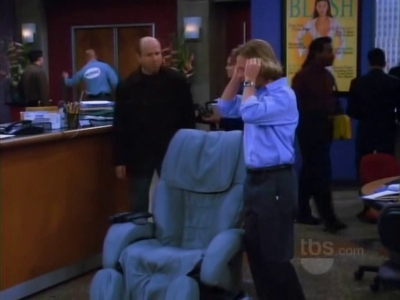