When city health inspector Larry Chapel is found dead in an elevator, a quick look into Chapel's home life introduces them to Chapel's recently widowed brother, Evan, and little girl Gwen. Goren isn't very surprised to learn that Nicole Wallace is Evan's fiancée and the future mother to his little girl, but Major Case soon realizes they're off the mark in who they believe the suspect is, and Goren's only hope is to get Nicole to help him trap the killer. Logan joins the Major Case squad, but isn't pleased with being relegated to the background while the other detectives solve the cases, and Deakins tries to find a partner for him. 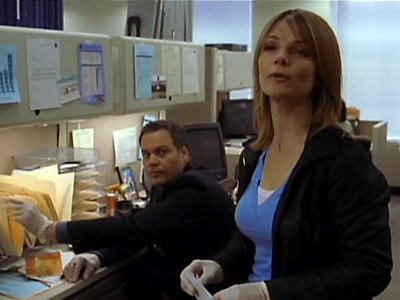