Remains of the Day

After Michael Jones dies in his mother's hospital room with no immediate explanation, his mother Ashley accuses her former husband's adult children, Miles and Hillary Foster, who are fighting her for control of their father's substantial fortune. The autopsy rules out the Fosters, and points Green and Cassady in the direction of illegally harvested donor bones, which Jones had received in a transplant eighteen months prior. McCoy and Rubirosa struggle to prosecute the case after it becomes clear the only way they will get the evidence they need is to test another young man who received bone grafts from the same woman who had given Michael Jones his legs. 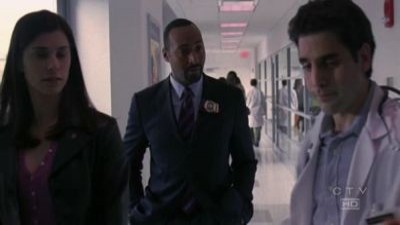