When Briscoe and Curtis discover that a high-level federal official found murdered in Battery Park was recently transferred from Baltimore, they reteam with Baltimore homicide detectives. The joint investigation reveals that the victim was involved in a love affair with another high-level government official, whose career will be destroyed if the relationship becomes public. The independent counsel summons McCoy and his Baltimore counterpart, Ed Danvers, to Washington and demands that McCoy reveal his source or be jailed for contempt. Briscoe and Curtis apprehend the suspect, but F.B.I. claims jurisdiction and the suspect evades trial, if not justice. (Sideshow (2) aired on Homicide: Life on the Street, season 7, episode 15.) 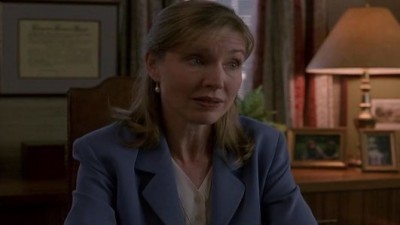