An ARMY MAJOR FACES SURPRISING BATTLE IN WAR ON DRUGS- When a couple is found dead in their apartment, Detectives Briscoe and Green follow the trail of drugs and money, which leads to Caryn Wyman (guest star Charlotte D'Amboise), the wife of a U.S. Army Major (guest star Michael Gaston) responsible for the country's anti-drug efforts in Colombia. Despite the evidence linking Caryn to the drugs, she is fearful of cooperating with the police--until A.D.A. McCoy convinces her and her husband that she has no choice but to risk her life to catch the killer. 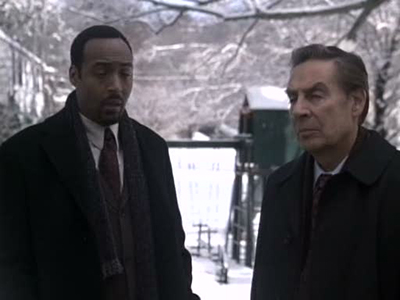