Adventures on the Kansas Prairie (2)

The Indians have decided to move west following negotiations with the U.S. government, giving the Ingalls an opportunity to explore their camps. But their increased feeling of security disappears when soldiers arrive to inform the Ingalls that they and others illegally homesteading on what was previously Indian land will be forced to leave. Though Charles pleas with the newly-opened homesteading office, the decision is enforced, and the Ingalls are to be made an example of. Goodbyes are said and the final third finds the family packing up and getting ready to head north to a location to be decided. 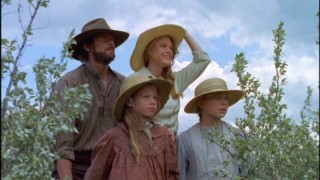