Mr. Monk Goes to the Asylum

After being discovered in Trudy's old house, Monk is temporarily institutionalized. Once committed, he stumbles upon a four-year-old murder. Along the way, Monk is aided by various other patients at the hospital, including a man (Kevin Nealon) who mirrors those around him, a woman who gets angry easily and lashes out at people and a man who is obsessed with Santa Claus. 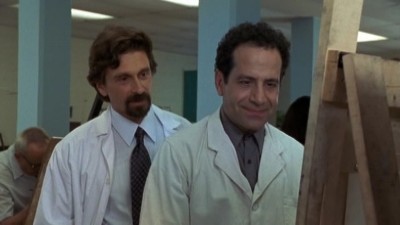