Sleeping With the Enemy

Maurice's son comes to ask for his permission on his choice of a bride. There is a little hitch, Ron thinks that the new bride maybe the daughter of North Korean Colonel Pak Soon Ye, the butcher of Yang Dok. To help in the preservation of his native tongue, Ed decides to dub The Prisoner of Zenda. Holling's "needs" (an average of 4 times a day) are being held back and he seeks a way to relieve them. Ed runs into trouble with the star of his movie, a man with experience working in Hollywood and no time for Ed's inexperience. Maurice runs into mixed emotions on his feelings about his own personal feelings and the feelings of his son. 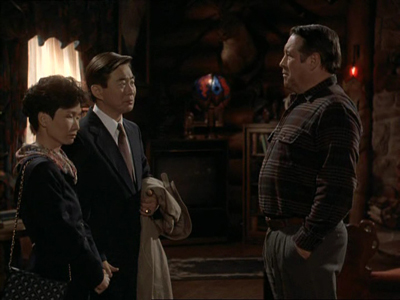