You Can Always Find a Fall Guy

Jeff is charged with a break-in at an electronics company. He's obviously been set up, given that the first thing he saw when he walked into his apartment after an all-nighter was a nun telling him the electronics company was a convent. Everything has been made to look totally unbelievable, which is why Jeff has difficulty trying to convince the police to give him time to prove he has been framed. 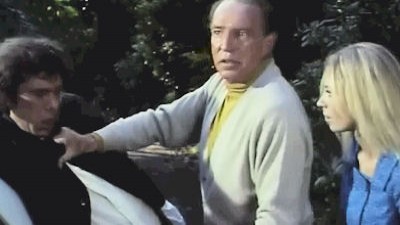