Jerry forces the crew to attend a birthday party that his son is throwing for his boyfriend. Meanwhile, Tommy makes a move on Mariel after she tells him she might not be his half sister after all. Franco asks Laura to move in with him while Sheila tries to make Tommy jealous by showing off her new girlfriend. 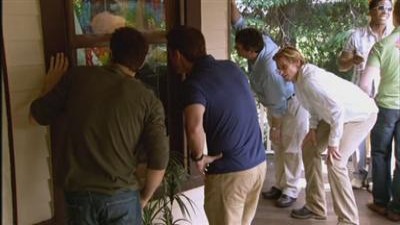