Kelly is thinking about becoming a doctor. Zack discourages her, and Kelly begins to give up her dream. She begins skipping some of her classes and gets a job at Skeeters as a cocktail waitress. In the end, Zack realizes he was wrong and tells Kelly that she shouldn't give up her dreams for anyone. When she discovers she's aced her chemistry test, she gets back on track. Meanwhile, the guys help Mike prepare for his tryout for a comeback to the NFL. He succeeds, but decides not to play. He's put too much time into getting his graduate degree, and he feels needed there at the school. 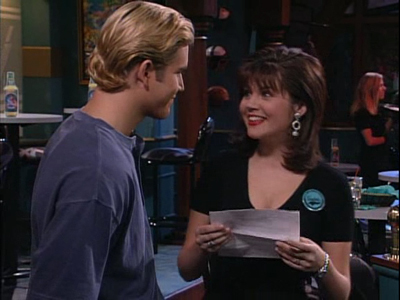