After Kramer finds the set of the old Merv Griffin Show in a dumpster, he begins to treat his entire life like a talk show. Jerry's new girlfriend has a priceless toy collection that she won't let him play with, which leads him to some questionable behavior. George runs over a squirrel with his car, and he's forced to spend time and money on its recovery. Elaine has to find a way to deal with a new co-worker, whose 'sidling' is both annoying and potentially dangerous to her job. 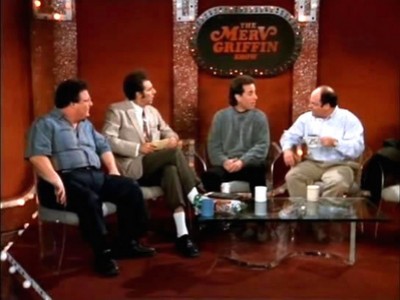