When Poppy’s ex-husband, Ron, gets serious with his latest girlfriend, Poppy has to deal with the reality of another woman helping to raise her kid. The secret gets out that Sophie has a crush on Graham, which causes a stir not only in the first-grade classroom, but also between Angie and Will. Meanwhile, Miggy gets cold feet after asking Douglas to remove his tattoo of Zara’s initials, and Douglas has to help him realize that his relationship with Zara is officially over. 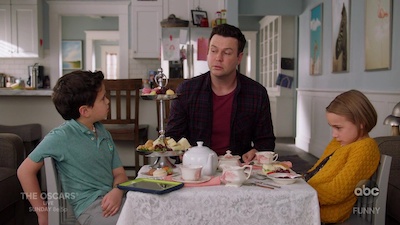