Joan Morrison 1939 - 2004 Claire is developing quite the crush on Edie. She continues to stare at a photo she took of Edie. Wonder what she has in mind. She is staying at David's so he won't have to be alone. Rico finally decides to get rid of his woman on the side, Sophia. She doesn't take it very well, and neither does his wife. Nate is helping out the business while David is still stressing out. He deals with his stress by having cleaning frenzies around the house. Nate and Brenda are having trysts in a seedy Motel. But of course, late at night Nate sees Lisa, and she instructs him to stop seeing Brenda and try to start a relationship with a woman he recently met. 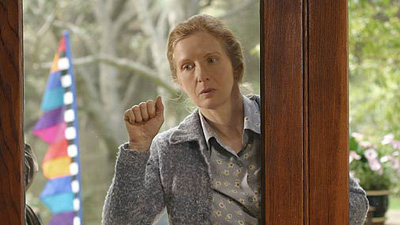