After getting a sugar high from seasoning her burrito with sugar, Star sets off some magic that accidentally causes a sign to fall and crush a police cruiser. While trying to evade the police, Star encounters a woman by the river bank named Brigid who likes making things out of discarded hair and taking care of injured animals. She later encounters an underwater sea creature who tells her that hiding out is a good thing, but it is revealed the creature is actually her own conscience trying to convince her that she hasn't made a big mistake. Missing her family and friends, she returns to a very worried Marco and turns herself in to the police who have her wash the other squad cars as part of her police-supervised community service. 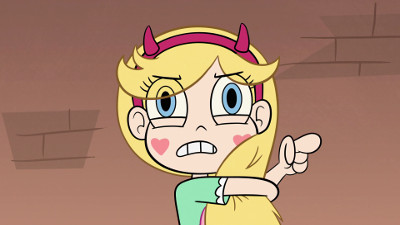